The Nothobranchius Killifish species comes from savannah regions in East Africa. These parts of the world are characterized by a severe drought season followed by a lush rainy season. If you want to breed Nothobranchius Killiefish, you must expose the eggs to a “dry season”.

One of the best ways of coaxing your Nothobranchius killifish into breeding is to provide them with an environment similar to their native habitat. Include a lot of plants in the aquarium set up and make sure that you use plants that provide the fish with a good cover, e.g. Duckweed. Java Fern is also recommended since the Nothobranchius Killiefish is a plant spawner that appreciates this type of plant.

When the eggs have been placed in the container and fertilized, you simply lift up the breeding container from the aquarium and take out the peat moss. Sometimes an adult fish will stay hidden inside the container, so be careful not to injure it. Pour the moss through a fine meshed net and try to squeeze out as much water as you can. This is the start of the “dry season” for the eggs. Put the peat moss with the eggs in a plastic bag and place it somewhere in your home where the temperature will be stable. A temperature in the 68-77º F (20-25º C) range is ideal.

It is a good idea to label your plastic bags with content and date. It is always nice to know for sure exactly when the eggs were deposited and the “dry season” begun for the Nothobranchius eggs. This is of course especially important if you have several Nothobranchius couples that breed separately. A big label can also prevent the “plastic bag filled with dirty peat moss in the wardrobe” from being tossed out during an overzealous spring cleaning.

When you think that the dry season has lasted long enough for the Nothobranchius eggs, you will need a big jar or a small aquarium, clean water and non-iodized salt to simulate the start of a rainy season. Some anti-fungal medication from the aquarium shop is also recommended. Make a salt-mix in the jar or aquarium using half a gallon of water (2 litres) and ½ tablespoon of the non-iodized salt. If you add antifungal medication, you will decrease the risk of having the eggs destroyed by mould or other forms of parasitic fungi.

Take the peat moss out of the plastic bag and put it in the salty water. You can separate bigger chunks of peat moss by carefully rubbing them between your fingers, but be gentle. Some peat moss might float rather than sink in the salty water, and you will then need to stir until all the peat moss have settled and is completely submerged. The Nothobranchius eggs will rapidly detect the environmental change and start developing, just like they would do in the wild. Time is a precious commodity for the animals that inhabit seasonal puddles in the African savannah, so they grow very fast. You can expect the first eggs to hatch within just a few hours, and after two days all fertilized eggs will have hatched. If you still have un-hatched eggs left after two days, you should remove them because they will most likely never hatch.

Since it can be hard to know for sure how long the dry season should be for your particular Nothobranchius species, you can make a test using only a part of the peat moss. Prepare salty water as described above, and place a part of the peat moss in it. If no eggs have hatched after 24 hours, you should let the remaining part of the peat moss rest for a few weeks more. In most cases, the submerged eggs will not have been harmed by the “early rainy season” and you can save them by gently removing the water from the peat moss using the same method as when you picked up the breeding jar from the aquarium the first time. Put them in a plastic bag and store them for a few more weeks.

When the Nothobranchius larvae emerge from the eggs they will be very small, but still capable of eating newly hatched Brine shrimp. Nothobranchius fry have dull and camouflaging colours and will not start displaying their true coloration until they are at least 6 weeks old. If you do not provide them with a nutritious diet, it will take even longer. As explained above, Nothobranchius killifish must spawn before their home dries out again and they will therefore grow fast and reach sexual maturity at an early age. 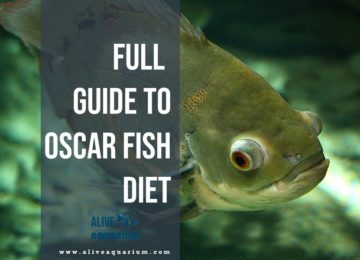